Ajax Can't Be Emotional About Chiefs At CPT Stadium

It has been reported that the club has not been delighted by news that Kaizer Chiefs were looking to host three of their home games at the famous stadium. The decision even angered some of the Urban Warriors' players, with midfielder Franklin Cale having voiced his own frustrations.

De Sa, however, feels that there is no real animosity between the players and that they "have got to weigh the whole thing up".

"You can't just be emotional about it... Chiefs have been doing it for years, they don't just play (home games) in one stadium.

"That's always been allowed (to play home games all over the country), and until that rule changes, it will continue to be that way."

Watch now to hear all of De Sa's comments 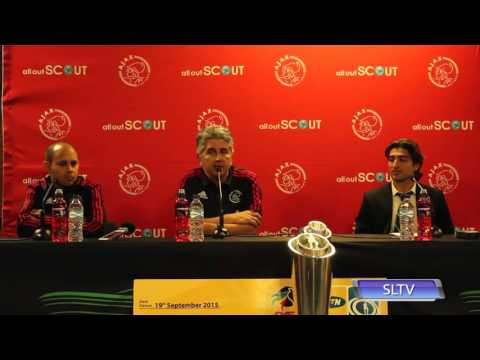